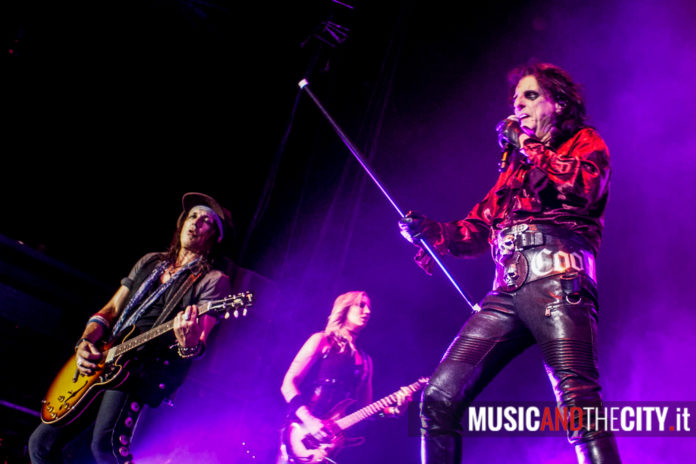 It’s 9 o’clock p.m. at the Pala Alpitour in Turin, when the blue curtain with the logo of Alice Cooper’s made-up eyes on it, falls and… Roar of the mostly metal-loving audience.

The band enters first (the three guitarists Nita Strauss, Ryan Roxie and Tommy Henriksen, bassist Chuck Garric and drummer Glen Sobel) and then Alice Cooper takes the stage for the only Italian date of the “Ol’Black Eyes is Back Tour”, name referred to the marked black makeup (Corpse Paint) on the veteran eyes of Mr. Vincent Damon Furnier, on stage for more than half a century in the musical world, who gives us a show full of special effects and theatricality.

The tour celebrates the 50th anniversary of the release of his debut album “Pretties for you” in 1969.

The set is an old castle and Alice’s wearing red shirt, tight leather trousers and black stick, he opens the doors of his manor and takes us on a journey into the meanderings of Rock and roll with the elegance worthy of a Count Dracula in a rocker version. There are torches and all the special effects of a macabre show that transports us into an enchanted dark atmosphere.

The concert starts with “Feed my Frankenstein” with the appearance of the monster included, then it continues with another of his hits from a few years ago “Bed of Nails” and in “Billion Dollar Babies” a cannon comes to shoot on the audience confetti and green notes similar to dollars.

It continues with another great hit “Poison” from the album “Trash”, very exciting, sung and danced by the entire audience of the arena, written in 1989, in which period Alice Cooper detoxified from alcohol, and in the lyrics themselves are recognized the temptations to be appeased.

During “Roses on White Lace” Alice Cooper dances with a ghost bride who fascinates everyone and throws her bouquet taken by the female guitarist.

Between guitar and drum solos we are travelling into Alice’s world, held in a straitjacket by two janitors, where he is snatching a satanic infant from the arms of a sexy nurse in the song “Babies Dead” and at the end of the song a life-size guillotine even appears on stage and beheads Alice, but he rises again and continues the show.

The closing act shows the famous “School’s Out” (including snippets of “Another Brick in the Wall”), written in 1972, and considered in the United States an anthem to celebrate the last day of school but yesterday in our city the new school year began… irony of the moment!

Finally, the Lord of Horror wishes everyone to have great nightmares, with a cadaverous look even wearing the blue shirt of our national football team; The feeling that remains coming home is that, after an hour and a half of a fantastic show, Alice Cooper, despite his 71 years old and a voice consumed by life, remains a rock icon that makes many of his younger colleagues still bite the dust!

  I Love the Dead

  Under My Wheels

  School’s Out (with snippets of “Another Brick in the Wall”) 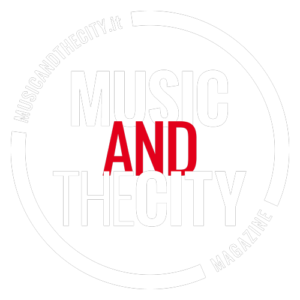